This is a 1900 scenario with a few PODs that hopefully make the game more interesting.

FREE CAKE TO ANYONE WHO JOINS!

For every person to join, I donate one potato to Latvia.

If you join, I will gib one dollar to help Poland pay for a space mission.

For every person who joins, I will put another cat video on YouTube.

ALGOS WILL BE DETERMINED LATER

Only the Mapmaker makes maps, they will be made every 5 turns

Head Mod: TechnicallyIAmSean(I'm taking it over for now) 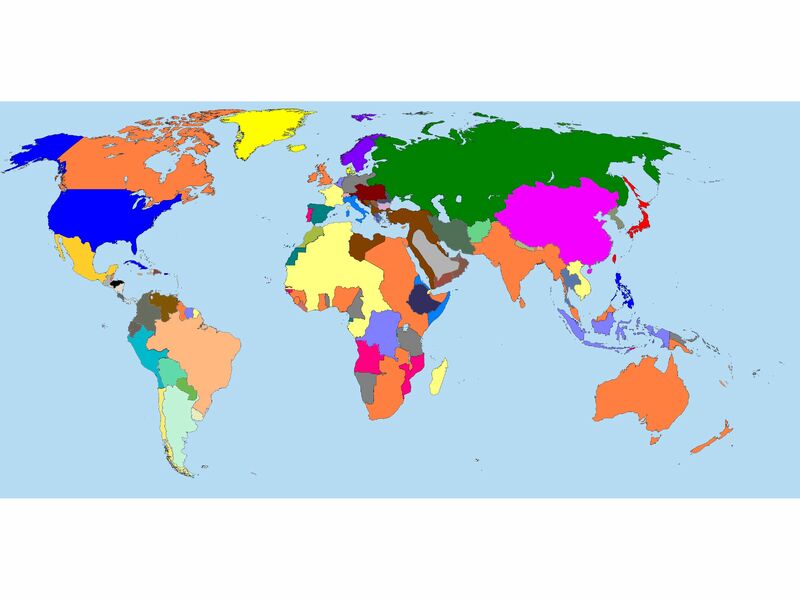 US Dip: We accept the trade agreement.

Austria-Hungary- The nation was weak under the two government system and a self-stylized "Marxist" Group has gained power. They accept an alliance with Italy and agree that Germany should join the alliance. Further, Austria-Hungary promises to defend Morocco against the French. It also builds up its military and mobilizes it on their border with Serbia and threatens to invade if Serbia does not relinquish their sovereignty

US Dip: We warn Austria-Hungary to respect Serbian independence, and demand that they withdraw their troops.

Ottoman Dip: We tell the US to stay out of Europe. We also ask the British Empire for Northern Egypt. In turn we will promise a 10-year non-aggression pact.

How are you going to do that? I think it's time for the new turn.

United States of America: We demand that France respect Moroccan independence. A debate begins among the American populace about whether or not America should aid Morocco. One side feels that America should not get involved in events that do not concern them, while the other believes that America must aid Morocco, as they were the first nation in recognize American independence. Filipino revolutionaries begin demanding independence. President Roosevelt makes a peace treaty with them, promising that America will grant them independence, and aid the Philippines in keeping it. Military expansion continues, and the construction of battleships continues. We begin rebuilding the stock market, and plans are laid to find a way to solve the problem.

Portugal: Portugal wishing to expand its borders begins building a large navy and increases its army to at least 70,000 by 1905. In the Indies they expand their economy with new fishing ships. They ask England if it would sell them Rhodesia to create a land strip across Africa to stop them having to send ships around the tip of South Africa and instead be able to build a good road system across Africa itself. Land which Portugal only lost 10 years previously. They agree in exchange to have free trade between their Indies and Australia. They also offer to allow England to make a base on part of Terciera with its newly built forts to let them have more control in the Atlantic Ocean.

Italy:Italian Prime Minister Filippo Turati announces plans in a speech to bring French Djibouti and French Corsica under Italian control by 1910. Corsica due to the rich history and shared culture between Italy and Corsica and Djibouti due to the location and geographical advantages that Djibouti provides for Colonial Italy. The Italian Prime Minister also goes on a trip to Switzerland and Britain to further strengthen relations with the two nations.

Italian Somalia and Italian Eritria:Having received no word from independent Ethiopia, Colonial Italy sends their first troops into the nation in an attempt to liberate Ethiopia from the oppressive Menelik ii

Okay, word of advice: you are going to fail very soon.

I'm confused-What did i do wrong?

Spar, this is exactly why I initallyy didn't want you as mod. Look at the nations. These are just players. You lose your modship.

Japan: Japan builds up the military and improves infrastructure.

Ottoman Empire: Science budgets and advancements continue. We send 1,200 men through the plain of Mush and beat the Armenian parties in the Battle of Holy Apostles Monastery. In Istanbul, Turkey we create the Ulus Sephardi Jewish Cemetery on the European side of the city. We attack Mainland Greece and Crete in order to gain control of more of the Balkans. We move artillery and 10,000 infantry fast through Athens and siege it. We ask Bulgaria for an alliance.

Sweden-Norway:A referendum was held:Should Sweden-Norway be neutral at everthing? Results were:69.1% Yes 30.9% No. We improve our economy andwe OFFICIALLY ANOUNCES THAT WE ARE GOING TO REMAIN NEUTRAL FOR 25 YEARS.

Korea: Korea continues to work on military and civil development for our people. We continue scientific research and begin to continue development in the peninsula.

Japan: Japan builds up the military and improves infrastructure.

Korea: Korea continues to improve infrastructure and research advanced military techniques. We request trade with the US, France, and Denmark. We begin to build a modern navy of Dreadnoughts, advanced Ironclads, and Ship of the Lines.

US Dip: We accept.

Portugal: With no word from the British Empire Portugal decides to send an army of 15,000 down to and invade Rhodesia to reclaim the Portugal land back into the Empire lost in the 1890 Ultimatum. We insist to the British Diplomats that we have no wish for war and that is merely a move to make trade easier from the colonies back to Portugal. Whilst doing this we keep increasing our navy and infrastructure in our existing colonies of Mozambique and Angola.

Retrieved from "https://mapgame.fandom.com/wiki/1900_Map_Game?oldid=71650"
Community content is available under CC-BY-SA unless otherwise noted.