It is 2070, twenty years after the start of a plague that wiped out half of humanity. The cure had appeared only five years ago in 2065, but since then mortality rates took a plunge until the plague was successfully contained and wiped out. While most of the world is still trapped at the depths of obscurity, some countries have recovered rapidly, with development rebounding to those of the early 21st century.

As the powers of the past fade and get replaced by new countries, the preceding international order is being redefined drastically. China faces two anti-Chinese coalitions, with the one to the south led by an increasingly nationalist Philippines, and the one to the north led by a Unified Korea. Russia faces a similar situation with Poland and Turkey, and to a lesser extent, Germany. The United States, the world's former hyperpower, is now restricted to the East coast, with much of its former territory falling to Mexican influence.

Note: You may find the rules here.

Complying and agreeing to the rules of this game are necessary to ensure things run smoothly and everything is done fairly. Naturally, there are limitations and regulations on what are doable. By familiarising yourself with these rules, it'll save the time to prevent any unwanted, unnecessary and extraneous confrontations, disputes and headaches. By joining and participating this map game, you are agreeing to abide by these rules and be prepared to face consequences of violations.

Note: You can apply in the talk page. 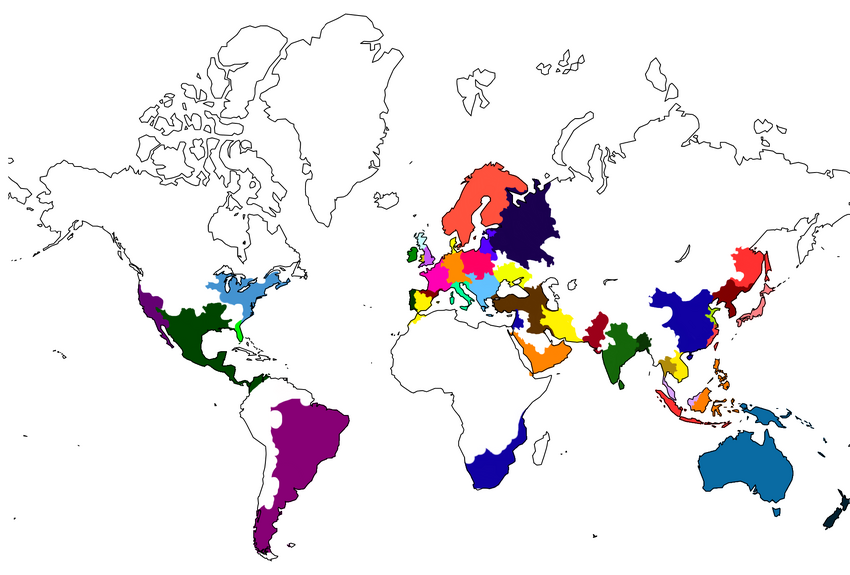 Note: Countries that are written in bold are great powers and can be only played by experienced players.

It has been two decades after a plague had decimated half of the human population, causing economic and political collapse.
As countries recover and resume normal interaction with each other, the international order is being drastically redefined. Mexico, Korea, China, Germany, the Philippines, and Turkey emerge as leading great powers, dominating their respective regions economically and militarily.
Will you benefit from this new, refined international order, or will you once again fall into obscurity?

This game has officially started, but sign-ups are still open.

Philippines: The Philippine government advocates stronger ties between it and Korea to avoid a potentially hostile, unified China from threatening the balance of power in the region. Innovation is heavily encouraged, and productivity per worker is improved to nurture our economy's growth. Pro-natalist policies are implemented to continue population growth.

Korea: We appeal to Japan the creation of an East Asia Republic, consisting of our two nations, stating that 'this union of Korea and Japan, would solve to benefit the peoples of these countries in a way never seen before, and be an instrument in eliminating any remaining hostility and animosity in our people, and become a beacon of hope in this ruined world' We try to integrate and assimilate the native Manchus in our territory by offering free lessons in Korean, but still allow them to speak their native language. Much more efficient farming practices are implemented by the government to ease the burden of farmers in the country. Education is made free as the government agrees to subsidize education from nursery to college, while strides for better and cheaper healthcare are made. The railways system expands into Manchuria, and subsidies are given to Korean citizens to move into the area. Military training for all citizens still resumes.

Retrieved from "https://mapgame.fandom.com/wiki/A_New_Begining?oldid=75528"
Community content is available under CC-BY-SA unless otherwise noted.