This map game was originally s a creation by User:Tayd0gta as Alternate 1954 Map Game, Beginning in 1965 (technically 1963). He just started and this is a new creation and it may work with a bit of trial and error so bare with it. He had created a backstory for the game, which kick-starts the whole thing, which I have added to (See Gameplay section).

Also, now that the guns have been used and lands taken, it is your time to use ecanomics, trade, sport, space, black opps and sciance to get your nation in to a time of glory.

Please read all before playing

There are rules on how big your army is, In terms of starting Troops, your army is 2% of your population, if you wish to find out on your own, look online. For example, Bolshevik Russia's population is 143,500,000 people, so the army can start with 2,870,000 if you wish.

Outcomes of battles will be determined by the Referee , and how effective the countries did in attacking their enemy, this will all be done in the actual Game-play section.

The Alliance of Mutually Defending Latin and Galic Neutrals (AMDLCN)Edit

Despite the 1962 Cuban crisis ending in a NATO diplomatic victory and no clear victories in the second Korean war of 1961-2, the United States are in a happy victory state as they cheer for the victories that had been won while the war lasted, As the American Dream thrived in 1950's Heartland and looked towards the stars in the early 1960s. It was a different reality on the other side of the world, as North Korea grows impatient, as it's military leaders develop a clear strategy backed by Soviet hardliners (Where this timeline separates from real-life).

North Korea quickly calls on support from ALL Communist nations, America and other Western Countries are angered by this, but try their best to stay uninvolved. The 1953 year will have more than 5 actions, due to explaining the story. 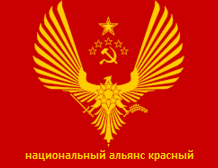 As the Communist Menace creeps up on the western world, the band of the 7 communist nations are now recognized as the National Communist Alliance. With these war like actions destroying the peaceful intentions of the Pre-war world, The communists may invade the rest of Europe, as well as the rest of the Continents. Who can rise up against this Red menace.

Retrieved from "https://mapgame.fandom.com/wiki/Alternate_1965_Map_Game?oldid=72346"
Community content is available under CC-BY-SA unless otherwise noted.