It is the modern world, where Freedom has fallen. The failure of the election of Franklin D. Roosevelt would collapse the Union in 1936. After the end of the Second American Civil War in 1944 and the end of the Second World War in 1945 brought the world into a conflict between the Free World, Fascism, and what some call the cancer of the earth, Communism. However the rebuilding of the divided states left new nations to fill the gaps of the old Union. 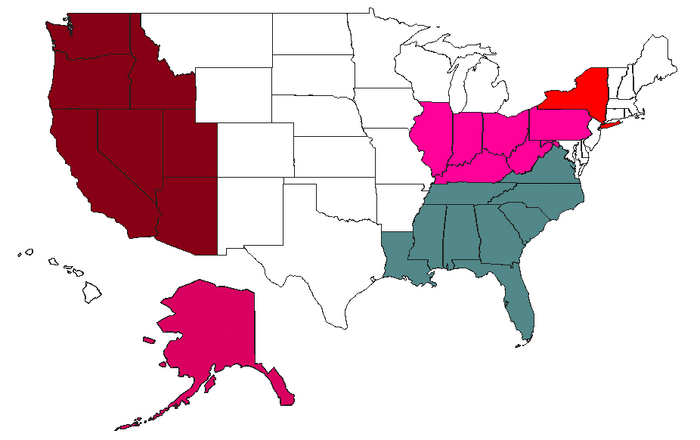 Make sure to add your flag next to your country name

Retrieved from "https://mapgame.fandom.com/wiki/America_Reborn?oldid=72743"
Community content is available under CC-BY-SA unless otherwise noted.