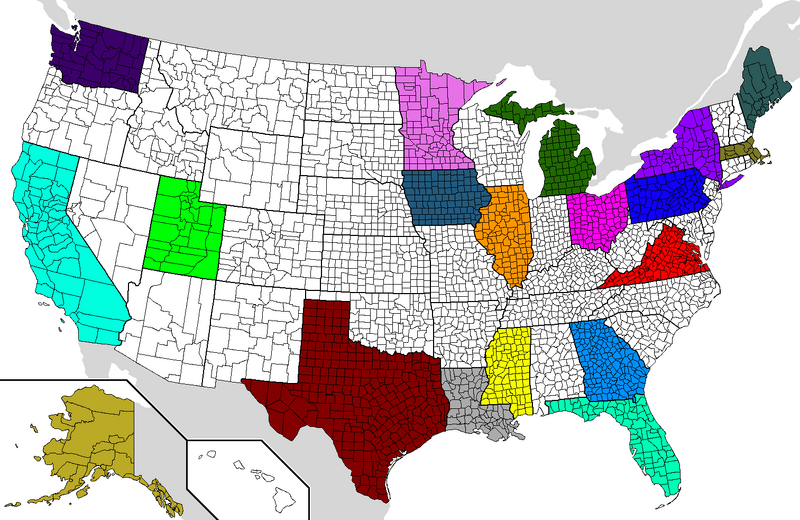 The Commonwealth of Pennsylvania with numerous powerful states on our borders, espicially New York, we mobalize the national guard and establish a strong military presence in our cities. In addition to this, we start continue on a massive fort near the New York-Pennsylvania border intended to slow any advances from our adversaries. In light of the dissolution of the Union, the state declares an emergency and state-wide elections are to be suspended until 2030. Governor Thomas Corbett is retitled the President of Pennsylvania, although he is criticized by many across the state as he orders the dissolution of both Democratic and Republican parties, as they are blamed state-wide for the new crisis and dissolution of the union. We ask for a union with Maryland. We mobalize 50,000 troops on our southern border.

The Federal Republic of Michigan is officially formed, and the first President is Michael K. Mason. He starts a program designed to ensure that Michigan's place in the former US is assured. To do so, the Isle Royale National Park in Lake Superior is converted into a naval base (Edge, you have labeled the island as part of Minnesota when it should be part of Michigan on the map). While still open the public, other parts of the island are closed off, and this is where construction on the naval base is going on. To ensure that Lake Michigan is acknowledged as an area of Michigan influence, 15,000 men mount a swift and limited invasion of Wisconsin from across the lake, aiming to capture the city of Green Bay and create an independent protectorate. The invasion begins with an aerial assault upon the Green Bay area, followed by a naval assault. 500 tanks are being used in the assault, and our navy swiftly moves to implement blockades of the Wisconsin coastline, aiming to destroy the Wisconsin navy while it is in port. Our navy consists of roughly 30 ships, with over a third of that number being gunboats. The landings are mainly in the Door Peninsula. Meanwhile, a limited offensive of 2,000 men is launched at Oconto, aiming to set up a base from which a successful attack can be launched on Green Bay.

Retrieved from "https://mapgame.fandom.com/wiki/Shattered_Stars_and_Stripes:Make_America_Great_Again?oldid=67612"
Community content is available under CC-BY-SA unless otherwise noted.