The year....1983....the day, November 8 (or 9, I cannot recall). But I can recall from my youth that this was a dark day for mankind. None of us knew what happened. I had happily lived with my family at the time, and just 5 days earlier it was my birthday. But sadly enough, the days that would follow would be filled with darkness, and death. It was on an early afternoon by the time the alarms went off. I was with my older brother and my friends, playing outside and my father had been watching over us. *sighs* It was such an interesting age. Then the alarms went off, and my mother and father starting packing up to head into the house basement. We headed towards the basement, and my friends rapidly headed to either join me or head back to their families. It turned out that my brother would eventually head out into the house basement. After several minutes of blaring alarms, and packing.....I just saw this giant flashing light over by Cheyenne Mountain, followed by multiple other flashes of light, and I was thinking: "Am I going to die today?" After that, I headed down to the basement and closed it just moments before the house became obliterated by the shockwave. My father had already grabbed a ham radio, and we had enough supplies that would last us a few weeks, possibly more. But all I know is that for those few weeks, we were trapped beneath an irradiated version of what was once Denver. Now, as an old man, I look back upon the city, and I think to myself: "Why would mankind be so horrible as to do this?" And I look down upon the world before the war, and hope for a new generation to rise up and rebuild. I can say that I am proud of my children. Now go out, and decide your future. 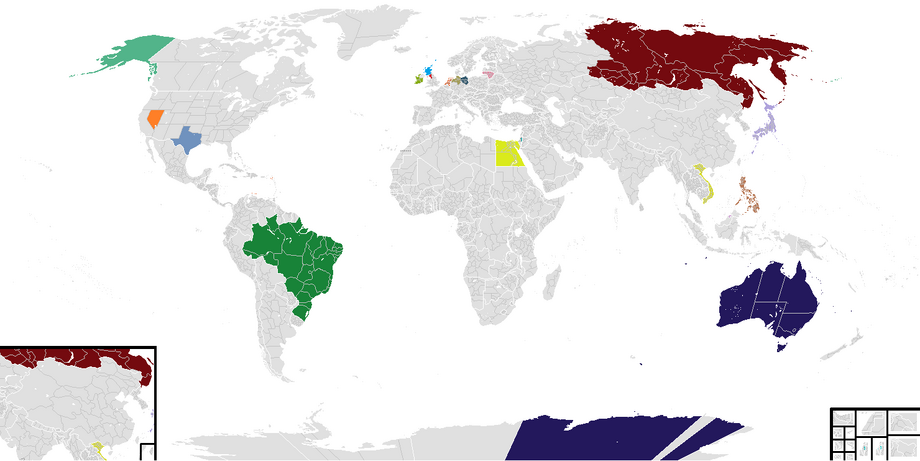 NOTE: Players can create their own nations out of the ashes of the Third World War in affected areas and regions with civil unrest in the ensuing chaos, but for starters, I shall provide a few nations that already exist on the planet.

The following continents have been affected by the nuclear strikes: North America, Europe, and Asia.

Retrieved from "https://mapgame.fandom.com/wiki/The_Day_the_Sky_Turned_Black_(Map_Game)?oldid=79679"
Community content is available under CC-BY-SA unless otherwise noted.