This is a map game like the original Map Game that starts in 500 AD.

Just like the original Map Game, a turn is a year

Take your turn by writing a bunch of random events, then edit the map (Microsoft Paint, FotoFlexer, Adobe Photoshop, of any other photo editor will do, but we recommend Pixlr)

Don't be ridiculous! (i.e. Finland can not declare independence and then invade the entire world, all in a year)

If you don't have a map to show for your new edit, it will be deleted! or a map will be made based on the stuff you wrote

This will stop whenever it gets too crazy

WE WILL ADD MORE YEARS ONCE WE GET THERE!

One other person must go again before you take a turn!

If you have a problem with a post, rather than changing it, post a bit on the talk page about it, and the community will decide. 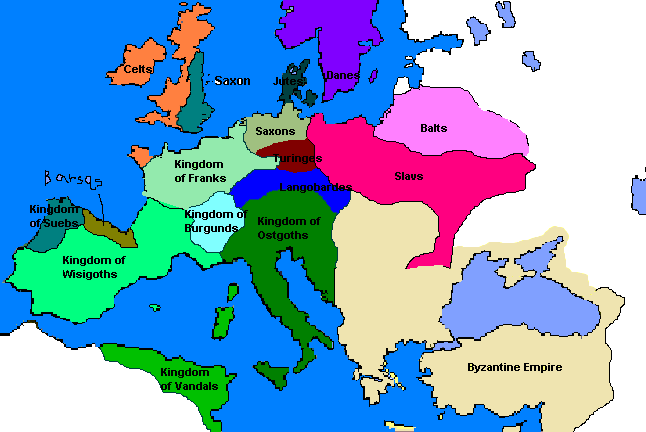 Retrieved from "https://mapgame.fandom.com/wiki/The_End_of_Rome?oldid=67163"
Community content is available under CC-BY-SA unless otherwise noted.