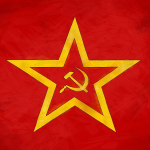 Which you mustn't accept and help the new Coalition against Papua New Guinea.AnnihilationOfWorlds (talk) 23:04, June 1, 2014 (UTC)

Daxus needs your confirmation on The Sanguine Planet map game before we start as well as the others, so message them. The users are:Local Mafia Boss(Local) and Krasnoyarks. Oh and get rvd to pick a nation and get him to confirm btw.LieutenantMario (talk)<

Dude, we need to start spreading the word of the map game, not just in this wikia, but also in the Alternate History Wikia and maybe Community Central every once in a while. If you want, you can talk to me on either this wiki chat or on Community Central. Ok? Oh and don't get pissed at me cause I don't want to get into anymore trouble after what happened to RiseofMan2344.Time to Mash e'm up! Ready for battle! (talk) 21:02, July 22, 2014 (UTC)

Come on, start the game pls. It's best if it starts right now, because then the players won't lose interest. Dibs have been called (talk)

Do something about Scar. He joined as Texas, and alloed with Mexico, despite the fact that Texas is anti-mexican. He won't listen to me. Could you do the algo for operation Shell Shock? We need to resolve it. Spartian300 (talk) 16:50, August 29, 2014 (UTC)

Why was I banned, that wasn't implausible? Pandadude12345Rblx

Okay, now that I have EU in my front, it might become different though. Please don't accept anything yet. Tech, Lord of Rotterdam, Defender of Holland (talk) 18:45, September 9, 2014 (UTC)

How do you use terrorists

Yes I am playing, I just haven't had time to post a turn I'll post my turn now. -

Why did you remove me from Almost 2?, i was only joking, now Eric4e has taken them and i messaged him and he didn't want to colloborate and removed the message, why?. User:Likercat (talk) 13:46, September 20, 2014 (UTC)

Plz do not delete my page

Can you come to chat? Spain-Netherlands 1-5. Never forget (talk)

Can you come to chat? Spain-Netherlands 1-5. Never forget (talk)

Could we work out a peace treaty or something instead? I'd actually like to keep Hawaii. -Seiga

Also, is it okay if I accept the Chinese demands in Almost 2 (giving up Manchukuo and Korea), or should I just decline again and deal with an oncoming war with them? I don't really want to war.. -Seiga

Please ban the user Jackgo23, is he the sockpuppet of kingtrevor, because on Future Map Game in Future wiki he made 3 accounts to pass a block, now he is sockpuppeting here too so ban him.

For link, see this comment at Diplomacy: The Future Map Game.

I mean, even without that, it's pretty obvious it's Trevor. The spelling and the way he plays. Spain-Netherlands 1-5. Never forget (talk)

Where is my claim? Local Mafia Boss (Talk) (Blog)

Edge, I want to ask you the following. Do you think Rex can play as Russia? Spain-Netherlands 1-5. Never forget (talk)

Latest news- I catted up wikia and got a e-mail-

I invite you to my new map game( my first one actually ). You can improve it a little bit, and maybe you can be the head mod?

Can You Help Me

I was blocked on ah and want to be unblocked pleased. - Scarlet Outlaw

It has started Tech (talk)

Edge, I'm sorry joined WWII map game as Italy without approval. But I was wondering if I could still be Italy with approval. I really want to play as Italy. If I could get approval, that would be great.

Could California get dark blue on the map? Tech (talk)

Psst. I think I may have to fight Scar if he attacks Ohio. I ain't letting him into the Great Lakes. We can help each other out. How about this: I get Minnesota, Indiana, Wisconsin and Illinois. You  can take NJ. Deal? I know, you take what you want, but I won't fight you if you agree. Spartian300 (talk) 09:08, December 10, 2014 (UTC)

Hi Edge! As i want to join your map game Shattered Stars and Stripes Revised (Map Game), can i pick Illinois?

My population is 26 million, theirs is 1 million. My National Guard is 19,000, and 2000 new recruits. Theirs hovers somewhere significantly lower than that, and I assume the Cartel is not any larger, because frankly, Cartels do not cooperate. So... yeah. Regardless of the implausibility of the fucking Cartels taking over a state, they are not going to have the man power to withstand it, especially as he himself specified that only 60% of the state is on their side, and the other 40% is in open rebellion. They very fact that it would take more than about 2 weeks to invade it is crap. Also, my army dwarfs theirs. Anyway. The reason I am messaging; accepting modship now, because I've seen some bad turns already, and would like to deal with in some way. Local Mafia Boss (Talk) (Blog)

Why did you always do this?

I think we should reset the game, though. In my opinion, everyone attacking everyone else has gotten out of control. Eric suggested it. I know he is annoying, but c'mon. The invasions are getting out of control. Spartian300 (talk) 11:16, December 12, 2014 (UTC)

TBH, the reason Edge won last game was due to three reasons:

Local and I would have stalemated.

Well, lemme correct myself then:

Local, at the Neo-CSA's peak, was the only one who wouldn't be easily defeated by Edge Tech (talk)

Well, I am dead. Tech invaded me after I demanded a vote be held in the places mormon counties in Arizona. Frankly, I think that is an overeaction, but hey, so what? Not one nation I pick will be good enough to survive a few turns. So, what can I chose? Spartian300 (talk) 09:33, December 16, 2014 (UTC)

What is wrong with you Edge? You let Spar have Florida. Great can't wait to see him try and spread himself across the whole fuckign South. If he wasn't so aggressive I would see no issue with this, also factor Dakotan support into the algo for that war between Florida and Alabama, I'm sending support. CaptainCain (talk) 16:34, December 19, 2014 (UTC)

I have banned Spartian300 from SSSR for an unspecified amount of time. You can specify how long Tech (talk)

Spartian uncrossed something previously crossed out by a mod, and earlier he crossed out something even though he's not a mod, and he then proceeded to whine and insult me. This combined with his earlier offenses led me to ban him. Tech (talk) 18:42, December 20, 2014 (UTC)

I feel kinda confused: I uncrossed something, but never crossed it out. At least, not this turn. Or is that about Alaska? I just thought someone needed to put the foot down. Spartian300 (talk) 19:45, December 20, 2014 (UTC)

Also, I would like to request a new category "Alternate Europe 2 (Map Game)" to organise the new pages and have them separated from the original AltE. Mr. Darius (talk) 13:26, December 28, 2014 (UTC)

Edge, please postpone your plans. Let me enjoy one more victory in war. Florida has attacked me, allow me to defeat them. Then you may proceed. Tech (talk) 23:43, January 2, 2015 (UTC)

Just keep the algo, it won't matter. I had a blast playing it. It was fun. But I lost interest anyway, and only returned because I didn't want my nation to be given to someone else. Anyway, I am excited for SSSE and Global Hegemony, so I can't wait. I've said it on chat earlier, but I'll say it again: no hard feelings. Tech (talk)<

edit Yeah, Sean did it, but I'm 99 percent sure it's not on purpose. History shows he was editing the year section but it also removed category tags. Something is wrong with the text editor. Mr. Darius (talk) 11:40, January 3, 2015 (UTC)

You do not have a bigger army than me.  Your MIlitary is a 2.  MIne is a 4.  Some one changed the war and it's not fair.  In realism I would not have lost every battle to Portugal, even before Britain came along.  It was changed.  People are not realizing treaties we signed, battle makers are byaist, and things that I put in the text like the terrain are not being used.  It's unfair.  I am a bigger world power than Portugal yet a lose multiple battles to them.  It's NOT FAIR!  P.S. Sorry, that sounds harsh but I'm just frusterated.  Please respond on my page. Revolution 9 (talk) 22:35, January 4, 2015 (UTC)

Oh, sorry.  I feel like a fool now.  Sorry I always pester you with questions.  I just want to be a part of the wiki, but I'm not very good at the games.  I don't know how stuff works either.  So.. um... Sorry.

Ok.  I do have one more question.  As an admin, how much time a day are you on here.

I know I'm just a starter, but can I please be the Second Reich in Almost 3.  I promise I will look up my facts, be realistic, and anything else that I need to do for the game.  So I'm asking you just please let me be Germany.

Fix this a bit more, please!

Do you wanna let a genocide happen? I don't care how we do the mission, as long as we destroy Deseret.

I would recommend a soon reboot with my full support, I honestly don't think Almost 2 will be launching for a few more weeks, I have finals Kurt Cobain's Haircut (talk) 05:37, January 13, 2015 (UTC)

I would like to apply to be a moderator.

Edge, it's after the 17th and nothing is happpening with Almost 3.  What's up with that?

I will soon disable my account, can i still play as Australia? I'll message you when i am done disabling my account. QuebecanCanada (talk) 07:43, January 28, 2015 (UTC)

Retrieved from "https://mapgame.fandom.com/wiki/User_talk:Edgeofnight?oldid=42876"
Community content is available under CC-BY-SA unless otherwise noted.