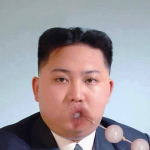 Hey, I'm the U.S. Seeing as you're the Philippines, would you be willing to join us, Japan, and the U.K during WW3? If we win, I can push for your area of the South China Sea to be completely yours. I also like permission to station my armed forces in Philippine territory Erizium (talk) 05:53, June 5, 2015 (UTC)

I'm not sure what you meant by that. Could you elaborate? If it's so you can play as another country at the same time, I'm afraid I can't allow that. If you want to create a dependency in Terra Rossa, you could invade one of the existing countries. —The Tim Man (IH • GC • TSW • AH • Contribs) 09:04, June 27, 2015 (UTC)

Hello, IstocnoSarajevo. You are required to make a decision in 1012 in regards to Neubayern's Princess Elisabeth's request to adopt a North Orientalian child. Please respond as quickly as possible, as a decision needs to be made by you before the game can progress. Thank you. —The Tim Man (TSW • AH • MGW • Contribs) 05:43, August 18, 2015 (UTC)

Hey Istocno. Regarding your origin story for Prince Natsuo, there is one little problem: How could Natsuo have been conceived during Saikō Michiko's reign? If this were the case, Natsuo would have already reached the age of majority. (Michiko died in 989, according to your list.) Please address this issue ASAP, as I need less conflicting information to add to Prince Natsuo's page. Thanks! —The Tim Man (TSW • AH • MGW • Contribs) 02:41, August 20, 2015 (UTC)

I'm back, and I've seen that you wanted to talk to me about something? -Seiga

I've seen you in chat, and tried to send you a PM (Since the main chat is crowded at the moment).

Though, you just want to message me on my talk page instead? -Seiga

There are many nations and both Clans Zhou and Chan are Chinese. Abuja is a Black city state.Oniontree1 (talk) 15:57, September 5, 2015 (UTC)

Want to adopt some new found commies my explorers found? The '3 unified cities' on the island are commies and run by a Che Gavera like bloke. Interested in colonising or annexing the island? feel free to hoist your flag over it. :-)

On the east of the Island are 3 united towns (Voronezh- Russians, Manila Bay- Filipinos and Bangui- Ba'Kongo). In the central Highlands is the German town of Heidelberg and on the south coast is the Romanian town of Ceaușescu Orașraș (Ceaușescu City). Lawless union of Pirate's Bay and Baari are in the west. The 3 unified eastern towns are run by a charismatic communist guy (this world's Che Gavara), the Somalis of Pirate's Bay and Baari are of a mafia mentality and the Heidelberg and Ceaușescu Orașraș are democratic liberals. Each of the 7 settlements appears to have ~8,000 to 10,000 inhabitants. (Dam, Nuebayern just annexed it on the 8th).

Similar socialist aventures will happen soon as I send exsplores to second and final island in about a 5 days from now and find a bunch of left wing Maya, Ba'athist Arabs and right wing Spanyards on it.Oniontree1 (talk) 23:39, September 8, 2015 (UTC)

The City of Tomsk Novogo is a communist city state on Rossa which you may want to integrate in to your sphere of influence.Oniontree1 (talk) 00:53, September 10, 2015 (UTC)

P.S- O'Brien will still falsely blame New Damascus, San Juan and New Baghdad for some of the trouble in Ross as a tactical ruse of war.Oniontree1 (talk) 13:06, September 17, 2015 (UTC)

I'd like to invite you to become a new mod for New World. I'm starting to feel that I can't handle the game alone. Should you accept this invitation, here's what you'll be allowed to do:

Retrieved from "https://mapgame.fandom.com/wiki/User_talk:IstocnoSarajevo?oldid=59238"
Community content is available under CC-BY-SA unless otherwise noted.