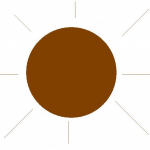 The Brits major problem is that continuing fighting has accrued them -5 for war-weariness.Christina Pill (talk) 16:19, December 27, 2015 (UTC)

Bulgaria is also on your side since they are in the Axis Powers and also occupied a small slice of north east Greece.Christina Pill (talk) 16:34, December 27, 2015 (UTC)

Expansionism is a bad thing. I did have it added in to in the algo for the attacker to lose some points if they expanded too fast. it is a good idea, as you pointed out, to formally restrict it with a upper limit.Christina Pill (talk) 12:20, December 28, 2015 (UTC)

It will have similar borders to this one and Italy will have a empire.

I plan for a bigger map in pixels used. China, the USSR, Japan, Thailand, Hungary and Bosnia-Herzegovina will have their occupation borders modified. Most of the rest is the same.Christina Pill (talk) 04:22, January 1, 2016 (UTC)

Italy will still have it's possessions and the game will start in mid-late February.Christina Pill (talk) 03:05, January 7, 2016 (UTC)

Don't bother. It has gone daft and silly, most  (Mod) mod decision requests were not responded to by mods, some armed forces being stupendously high in number and algorithms were never used ether in Austria-Hungary's 3 wars or the mass armed land-grab on Turkey. The Japan and the USA never posted either.Christina Pill (talk) 07:33, January 12, 2016 (UTC)

Anyone who was in the past version was a victim of a sudden and early re-boot. For this reason they will be automaticly refunded and are singed up as their former nations in this game as long as they posted once or more.Christina Pill (talk)

It would be best that you upload a labelled map of the World. In particular, I want to know all of the Italian, German, Japanese and Soviet vassals and territories. Thanks.

I apologise for the error of what a Partisan politics was and missing an invasion, that was not right, but it is fixed now, as are the algos.Christina Pill (talk) 21:39, February 4, 2016 (UTC)

I'm glad you took the offer. I thought for a bit that you might not take it, since you already basically controlled most of it anyway. As for notifying Germany, I don't know whether or not you need to, but I would reccomend it, because you are technically co-occupying the non-Vichy sections. The Empire shall rise, and all will kneel at our... foot... stubs... 17:28, February 5, 2016 (UTC)

The algo was 90% right, you did a good job! I added hilly terrain, the Soviet volunteers, the Slovene partisans and the Soviet arms supplies. Don't worry, It will only swing the score by a few %. Italy will win well even in my amended version.Christina Pill (talk) 20:10, February 5, 2016 (UTC)

Results: North Italy has 74% of the total, so- 70% equals 50% the looser nation is over run automatically and the rest is in disarray.

Retrieved from "https://mapgame.fandom.com/wiki/User_talk:Laptop_Zombie?oldid=85457"
Community content is available under CC-BY-SA unless otherwise noted.