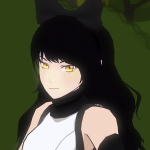 Hi, welcome to Map Game Wiki! Thanks for your edit to the World War I Map Game page. If you need help, read through our help pages or contact a local admin. If there are no active admins here, stop by Community Central and check out our forums.

So if Vancouver were to surrender what would be the terms?

I have done what you advised so please dont quit

I will explain in the morning it's complicated but I couldn't be bothered to explain it to Mscroree because I press ganged by friend into it and made the account on my computer since he had no wifi. We did it over the phone--Emperor Romanus (talk) 21:37, April 24, 2013 (UTC)

Calais I'm going to say no, because in the the Celts were more isolationist and xenophobic and more focused on defending themselves. Violently Calm (talk) 23:27, April 25, 2013 (UTC)

Thule is a diffirent color due to the civil war causing the region to become destablized Violently Calm (talk) 23:14, April 26, 2013 (UTC)

Who is the new player as Mino? Whoever it is im asking for an alliance... I will get there first because i have been looking to see when you post all day and so saw him post straight away.- Emperor Romanus (talk) 14:01, April 28, 2013 (UTC)

Sorry if i appeared to be a prat: i did it for 3 reasons

b) you kidnapped my scientist

c) i had to take some security precautions

Anyway, lets forget about that, we are in the best ever alliance now so we dont need to destroy Mino (although we may still keep it in mind) Emperor Romanus (talk) 15:53, April 28, 2013 (UTC)

OK, OK lets forget about it, im sorry. By the way the person who told me about it isnt a user so i cant reveal their identity for intternet safety reasons- Emperor Romanus (talk) 16:04, April 28, 2013 (UTC)

You backstabber. If you become a moderator please dont be biast against me like Potato/Violently Calm/ Daxus Inferno Emperor Romanus (talk) 18:23, April 30, 2013 (UTC) PS: you just got poned by Lord Etnus

Oh btw, I forgot to ask:Can you unban me from future or not? I really wish tobuse MarsTek Corporation right now.GlobalConqueror (talk) 22:27, May 25, 2014 (UTC)

Dude, I was going to ask back on chat, since I am practicing where do I start? Also, spartian sort of started your WWIII game so, post a few mod events and message anyone involved in the game bro. Please?GlobalConqueror (talk) 12:41, May 26, 2014 (UTC)

1. I was told he got better. There is a reason he's inferior to all other mods and on effectivley-endless probation.

2. Because I knew there would be a small chance I wouldn't like you being a mod and I wanted to be able to remove you if my worries were found true.

Dude, that is just low. To block a new user mainly cause of your paranoia is just pretty dang low.

The North American War has broken out into something that could well become World War One. Right now, I need allies, so could you go to war with California, Appalachia, Ghubu, and Deseret? I would really appericate it. Also, Dax is supporting them just so Ghubu can become his vassal. You don't like him right? THEN JOIN!Spartian300 (talk) 09:25, July 13, 2014 (UTC)

Hey Local, edge here. My Internet is down. Trying to get it fixed now.~Edge.

Hey local, I am willing to make you  deal regarding SC. You give me money and Space reasarch from NASA, I give you SC right now. I am on the edge... The EdgeofNight

I have 1 question how long do i have to wait till i can Federalize the E.U? because that's my goal with France.

Mod My New Jeresey merge request when you can I am on the edge... The EdgeofNight

Local you can have Missouri anyway, it's not his to give out. I am on the edge... The EdgeofNight

Hello player of Shattered Stars and Stripes. If you are getting this message, that means you haven't posted in a while. I am hoping to clear out players who are no longer playing but havn't removed their names from the list yet so that new players can join. If you are still playing, please reply to me on my talk page or post on the game page. if you aren't then you can either tell me so (preffered) or just ignore this as Anybody who doesn't reply is going to be removed by the end of next turn, roughly 7 pm EST tommorow.  I am on the edge... The EdgeofNight

I moved it to the official claims section. I am on the edge... The EdgeofNight ╚╩o.o╩╝

I am new and I have some questions.

Do we edit a map with colors or just write the events down. If we edit the map, then how?

Hi, since I'm new I was wondering if you you could answer some more questions.

When the 1900 map game starts, I want to know what to do so here are my questions

If a small country is not used by a player, can I conquer it, or if a player does control it?

What other games are still playable, and joinable?

Also not related to wiki games, how do people make alternate future map videos on youtube?

if you could answer these, that would be great.

Hey Local, I am starting things a little early, but since you already talked to me, I am not going to remove your reservation for Texas until after New Years, unlike the others who have till next Wensday I am on the edge... The EdgeofNight ╚╩o.o╩╝

Retrieved from "https://mapgame.fandom.com/wiki/User_talk:Local_Mafia_Boss?oldid=45880"
Community content is available under CC-BY-SA unless otherwise noted.