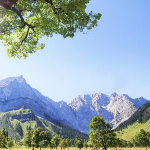 Hi, welcome to Map Game Wiki! Thanks for your edit to the Map Games page.

hey Scotty, Just to let you know, if you want to play as Brazil in Vivempires 2, you must declare indepdence within the first 5 turns. Edge,Back to Back Champ of Shattered StarsHit me up!

Hey, gonna clear some things up.

So you couldn't have invaded Iberia because you still had to fight for indepdence in Viv2, which is why you dont have to pay.

Now, the Inca invaded Brazil During WW2, which is why they where able to take Amazonia and you failed to get all of Brazil.

Just as a heads up, if you want the North Back, I was planning on warring with Iberia soon. You can wait till then and declare war. This is Edge, He is a cool guy when he isn't too lazy to sign his real sig. Hit him up. 18:59, February 18, 2015 (UTC)

Probably in like 6ish years, so sometime in the 1920s

Mate, I am China, and have just been invaded by Russia and Japan. This threatens your interests in China, as you could end up losing it. There is also an open door policy in China, that sorta stops people from invading China, so no one could get complete control of China. So help me out, and I will make a deal: You can have Taiwan, Hong Kong and any other Japanese holding for a 100 years. The Yangtze valley should be mine though. Spartian300 (talk) 20:23, March 9, 2015 (UTC)

Scotty, I will have to inform you that map isn't 100% correct. I made it during class and thus didnt have much time to make it, so I chose not to portray Britain on it. I will not be taking land from you. Besides, you shouldn't aid China. It is better for yourself to not help him. Your Chinese territories aren not in my interests, so I won't invade you. China however, has already stated to you it does want your territory. Yet another reason to trust me.

I actually NEED your territory, Scotty. See, it kinda cuts me in half, and that ain't good. But I will make a deal with you: help me out, and I will let you keep the Yangtze valley for 10 years, at the least. You also need to remember the Open Door Policy. It stopped the European powers from dividing up China into colonies. You can't let this happen, man. I am sure Edge will help me, now I have told him what Tech, Sat and Fires are planning. He ain't gonna be happy about this. You could get Indochina. If you help me out, we can work something out where you can keep the Ynagtze valley for a good while, but I do need it.  Spartian300 (talk) 09:35, March 10, 2015 (UTC)

Breaking news: Edge won't help for shit. We aren't planning anything. We are just taking out a potential threat(at least that's what I am doing). Also lemme summarize this:

See the difference? You can and should let this happen. Don't try to save a doomed country.

Also, Spar has shown several times, both in-game and outside the game, he wants to kick ALL European powers out. Yes, this includes you Scotty. If you help him he'll betray you.

Do I have to say it again? I HAVE to get the Yangze valley. It is cutting me right in half. If I don't get it, it will only cause problems. Listen Scotty, you are in danger of losing your influence in the future if you dont do something. This will upset the balance of power in the world. You need to stop Tech, Sat and fires from destroying me. Spartian300 (talk) 09:49, March 10, 2015 (UTC)

Scotty you aren't in danger of losing shit. You will keep your influence. He is going to betray you.

OMG, I AIN'T GOING TO DO THAT IF YOU HELP ME STOP TECH, SAT AND FIRES! We can work something out if you help me beat them. I even said I will let you keep Hong Kong for 100 years. That's a great deal! You should understand, I don't have much of a choice. I need the Yangtze valley. No hard feelings, but it is CUTTING ME IN HALF. Spartian300 (talk) 09:56, March 10, 2015 (UTC)

I will once again quote Spartian.

'You should understand, I don't have much of a choice.'

You literally admit here that you're gonna invade him eventually to get the Yangtze. Scotty, don't help him. You know he's gonna betray you.

Hey I just drafted up a treaty for the division of China. All it says is that you get to keep your current territory, but please sign it. Link:http://mapgame.wikia.com/wiki/Treaty_of_Bejing --firesofdoom 02:44, March 11, 2015 (UTC)

Alright, time to deploy in force. Actually invade Sweden, please. You so can. And do help me out by telling Edge the Algo for the Northern Front will be Norway + Britain vs Germany + Sweden. Spartian300 (talk) 09:06, March 17, 2015 (UTC)

Last I heard, that was retconned. I would concentrate on Germany soon, with another big push from France and England, the allied powers could collapse the Germans

I would still need to ask Dax about it. Edge,Back to Back Champ of Shattered StarsHit me up!

Once we get rid of the German, we could take out Sweden, and unbalance Russia. An amphibious assualt on St. Petersburg would throw the Russians off balance if it worked, and then we would retreat from the city, resulting in a victory. If it works, we could win. We could also try to start a socialist revoultion, which would certainly force the russians out.  Spartian300 (talk) 12:52, March 18, 2015 (UTC)

In Australia and NZ, major city's were nuked, and the country's collapsed because of insufficient population elsewhere. So a lot of the outback is up for grabs, but most of the populated areas are unapproachable.

The dead hand system was designed for near unconditional destruction. Also, you can approach city's, sorry I said that wrong. You can expand if you want, but be warned: some mod events will come around limiting expansion, K? --Firesofdoom 02:57, March 31, 2015 (UTC)

well, it seems i may got to war with china soon, so can i count on your help? If you, and possibly America helps, china will easily be defeated. please consider Agent Fires

i declared, please open a new front. if you do, aces peneltys will be -60, on a score of about 90-100, making his score 30-40 collapsing him in a year. thanks for your support, Agent Fires

If u know how to do algorithms then please say on the pages talk page. We can't start without it.

On the talk page.

Do algorithms on the pages talk page.

Retrieved from "https://mapgame.fandom.com/wiki/User_talk:ScottyD123?oldid=64596"
Community content is available under CC-BY-SA unless otherwise noted.