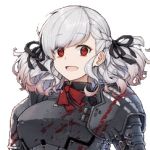 Hi, welcome to Map Game Wiki! Thanks for your edit to the User:9 もりや すわこ page. If you need help, read through our help pages or contact a local admin. If there are no active admins here, stop by Community Central and check out our forums.

Ever made a map game? We invite you to join Ultimate Map Games Wiki, a new wiki were lots of new makers and moderators like you are needed. Please share your experiance with the rest of the world and help get this site up and running. If you helped advertise as well you would make a brilliant admin...

PS: Maybe reconsider in a couple of days.

Hello. Calling all players, calling all players! Keep the Wiki going! Your nation needs a move from you in http://mapgame.wikia.com/wiki/An_Alternate_1921_Map_Game ! Pakistan is now in the cross-hairs of several nations!Whipsnade (talk) 19:00, May 11, 2013 (UTC)

The game is beginning today Dibs have been called (talk)

The North American War has started and Japan has been invited to join. Kurt Cobain's Haircut (talk)

IT HAS BEGUN-- I am on the edge... The EdgeofNight

I just realized you could be female. set me straghiet.

Hi Seiga, I am Edge. I play as the ASA (The Big Red Blob that is slowly absorbing the Former US)n Shattered Stars and I am hoping to reunite the Entirie Fromer US. On the last turn of the game, I am going to ask you to Return Hawaii and end the game.  I am on the edge... The EdgeofNight ╚╩o.o╩╝

So I really don't have a choice regarding it, as I will be war drained by the end of the game. So a peace treaty would be fine. I am on the edge... The EdgeofNight ╚╩o.o╩╝

Honestly, he shouldn't be demanding Korea. Manchuria is at least Chinese. He can't really hope to beat you in a war Atm as he has no allies capable of projecting force into the region. I am on the edge... The EdgeofNight ╚╩o.o╩╝

You have chosen Japan. Here is some information:

You are a tier 1 nation. Your country currently has the fourth best economy. You are a superpower, and you are the major superpower in Asia. Your capital is Kyoto. You currently have radiation on Hokkaido and part of your mainland. Tokyo is almost completely destroyed and is covered in radiation. The Technology is strong with this one (talk)

I wanna propose something. As you are very peaceful, and probably won't attack anyone, I would like to propose you becoming my vassal. With vassal I mean that you continue playing as Arizona, and can still do as you like, but you are officially my vassal and I protect you from any foreign attack. Tech (talk) 11:11, December 15, 2014 (UTC)

Game starts today Edge,Back to Back Champ of Shattered StarsHit me up!

So, the Great Lakes war is not going particularly well, as you May have noticed. So, could you. Please attack both Michaganmand Kentuky. Kentucky will most likely collapse, allowing you and Josh to spilt it. Michagan can be split 3 ways, and after that, Missori and wisconson can be easily taken care of. Please get back to me Firesofdoom

Instead of just sending aid, could you please attack? I completly understand if you don't want too, but we would probably get way more land that way. Thanks again, Firesofdoom

Let's up the stakes. Invade Ohio, and you can have all of Ohio Kentucky. I get my the Toledo Strip, along with Cleveland. Do it, and we win a great victory. Then, combined, we can help fry an even bigger fish. One that threatens us all. Spartian300 (talk) 13:42, April 24, 2015 (UTC)

I have become concerned by the growth of fascism in the south. So, I have decided that something must be done. Why not have you and me invade Alabama? I mean, all Deas has are light tanks. My T-90's will DESTROY them. You can take your pick of what you want to take from Alabama. I will help you out, too. What do you say? Spartian300 (talk) 08:39, April 28, 2015 (UTC)

Would you like to join the Boshido Map Game? Thanks! ~~

If you want to discuss a possible invasion of north korea, feel free to do it on the Pacific Maritime Defense Federation page.

Boshido has been rebooted into an all new game its very different! Check it out!

Just a reminder that the Anarchist America Map Game will begin on the 14th August 2015.

Retrieved from "https://mapgame.fandom.com/wiki/User_talk:Seiga_Miyako?oldid=57051"
Community content is available under CC-BY-SA unless otherwise noted.