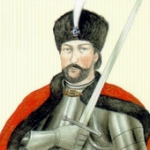 I ask of you a favor. I ask that I may post a response to what I am seeing on the TSPTF page on your talk page so that you can copy/paste it on the TSPTF page for me because I can not as I am blocked, and the other 2 of whom I requested to do this have since gone offline. Would you be willing to do this for me? Kurt Cobain's Haircut (talk)

I feel that this would be best deal with if I broke it up addressing points in a more organized fashion:

Hey stephanus, I invite you to join my map game starting on 5th July, called 1898!

Retrieved from "https://mapgame.fandom.com/wiki/User_talk:Stephanus_rex?oldid=82877"
Community content is available under CC-BY-SA unless otherwise noted.