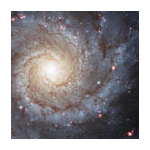 Hi, welcome to Map Game Wiki! Thanks for your edit to the A New Start page. If you need help, read through our help pages or contact a local admin. If there are no active admins here, stop by Community Central and check out our forums.

would you be interested on playing the game you could choose any nation you want or make one you would like asfar as is not big and has real basis Sine dei gloriem (talk) 23:21, December 29, 2012 (UTC)

I just looked at the page and its all gone, why? Local (talk)

What are the Black smudges on the map in certain countries, are they rebels? Local (talk)

I looked it up, and the first recorded oil mine was in 800 CE Local (talk)

Under the Napoleonic wars the Spanish and Portugese colonies on the Far East and French Australia became independent, as well as the territories in South Africa and Guinea. Others became conquered and pacificated by the British or the French.

the Game Has started, you have the right to post in the first turn after the 01:00 UTC as i forgot to send this message but before tomorrows 01:00 pm also if you join as mod i would be happy, as i need someone capable of managing the Page as well Sine dei gloriem (talk) 00:52, April 18, 2013 (UTC)

Ever made a map game? We invite you to join Ultimate Map Games Wiki, a new wiki were lots of new makers and moderators like you are needed. Please share your experiance with the rest of the world and help get this site up and running.

Retrieved from "https://mapgame.fandom.com/wiki/User_talk:SuperGalaxy?oldid=14132"
Community content is available under CC-BY-SA unless otherwise noted.