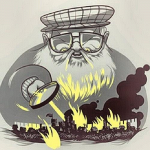 Hey just a heads up, the Map Game of Thrones has begun. Be sure to get your turn in. Since we know that a lot of people didn't know we are starting we agreed to leave the first turn open for an extra day or two. Spread the word. Thanks, Mscoree (talk) 20:28, April 22, 2014 (UTC)

Lord of the Rings (Map Game)Edit

Can we start when all 8 great powers sign up?

its starting ill try my best to be a mod

Can I be a mod? Leldy22 (talk) Also, why let it end there? Let's continue as far as people want and see what the lung term effects are! I'd certainly be interested in seeing what happens next. Leldy22 (talk)

Hi :) Of course you can. As of the ending date, it's quite flexible, however I like choosing dates that makes the map game actually possible to finish. You see, the sad experience is that most map games don't thend to last longer than a month. And it's much better to have a game 'finished' than having it 'defunct'. SuperGalaxys (talk) 20:15, December 12, 2014 (UTC)

Back off from Morocco.

I applied for modship. And I seriously feel I should be appointed. I am most likeyl the most experienced player. Also, if I may give my opinion, Leldy isn't really capable of being a mod. Tech (talk) 20:58, December 20, 2014 (UTC)

Terrain was always part of the algo. If the terrain is rough (e.g. hills, mountains, jungle, etc.) then defenders gets a plus, if it is open field, then the attacker. If you have problem with any particular case, please tell me, I'm open to debate. SuperGalaxys (talk) 15:11, December 24, 2014 (UTC)

You did the algo wrongly and then started the new turn without permission. But well, if it matters so much, then change back the ones in 1792. However the 1793 turn is still going on, so we leave those as they are right now. And I don't want any conflicts like this in the future. - SuperGalaxys (talk) 15:28, December 24, 2014 (UTC)

Spartian300 has uncrossed a mod's action. It's not really something you can ban him for, but I'm npting it as his first strike. If he keeps doing this, this will get him banned eventually. I recommend working with a 3 strikes, you're out system. Tech (talk) 20:44, December 31, 2014 (UTC)

Oh, of course, together with luck. Those were stupid ideas :D - SuperGalaxys (talk) 21:47, December 25, 2014 (UTC)
Btw, better admiral wasn't really stupid. It's gonna make a difference when you use a really experienced good admiral or a random baker you picked off the streets of Paris. IMO it should come back. Tech (talk) 20:44, December 31, 2014 (UTC)

Hello. I noticed that you have an algorithm that is mostly unique (or rare at least). I am working on compiling a list of algorithms in order to help bring new creativity to the MGW. I belive on of the issues facing people is coming up with an algorithm for wars. Most map games require an algorithm, and those that try to run without one end up ASB or Bias messes. So I decided to, as I stated before,create a page where the most popular algorithms are used so that players can take one if they need it. This would also remove reliance on the players who understand how to create an algo.

Because some people are possesive of their algorithms, I am asking you first if I may add the Revolution algo to the list. Thank you for your time!. Edge,Champion of Shattered Stars and Stripes Hit me up! 18:06, January 2, 2015 (UTC)

As you can see Prussia has invaded and I've gone to war with the Prussians along with the French, Lithuanians and Danes. I advise as your ally that you do the same, it would be to your benefit and help you gain some turf. CaptainCain (talk) 21:16, January 2, 2015 (UTC)

I am fecking leaving your fecking game. Britain and France are being way to friendly. They were never that friendly OTL. Do something to fix them. Spartian300 (talk) 16:47, January 3, 2015 (UTC)

Hey. Maybe perhaps you would like to check out AltE?

Retrieved from "https://mapgame.fandom.com/wiki/User_talk:SuperGalaxys?oldid=72782"
Community content is available under CC-BY-SA unless otherwise noted.