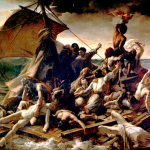 Hi, welcome to Map Game Wiki! Thanks for your edit to the 2015 Map game page.

okay, so i signed up for this map game as mod 1. i have a suggustion for a rule. you do NOT have to split into the union and confederacy, but can create their own nation, as long as they have 3 members willing to join.

This sounds great. But read the topic below on the talk page, and HELP. ~~Vatonica

Vat, this Civil War game you have made is way to similar to a franchise called Shattered Stars and Stripes. You are going to have to do something major to change the game in order to prevent it from being shut down. Just changing the time period isn't enough. Now if you had owners ok, it would be fine. However, without owners ok, this game is not going to be allowed to run. This rule has been enforced several times already, see Civilizations: Gloria vel Adeptus or Human Civilization. Both of those games where shut down for the same reason. I am giving you 24 Hours from posting this message to respond in some way or the game will be shut down. Thank you, and have a nice day. Edge,Back to Back Champ of Shattered StarsHit me up!

Wow, I had never seen that. See, I had tried to do this on the Althistory website, but nobody noticed it. I like the Civil war, and I was writing an althistory about it. The key point of this in NOT about everyone being a state, but about the Civil War. I do have some ideas about how to make it more civil war specific, such as being able to be a person (Lincoln, Davis, Grant, Lee, etc.) who commands. Would this be good enough? If not, Do you have any other suggestions? ~~Vatonica

Does it need to be the entire world? Or could I have it just be significant countries (Mexico, Britain, France, Spain, Protugal, Russia, Prussia, British North America, Cuba) ~Vatonica

I'm still confused about what is so similar. Stars and Stripes has nothing to do with the Civil war, and has a completely different backstory. ~Vatonica

edge, seriously. are you really going to shut down every map game that uses the us states as playable countrys? his idea is differnt from SSS and SSSR in several ways 1), differnt time periond, 2) completly differnt set up. in the SSS francize, the states are agenst each other, weres in this game, there are only 2 nations, and players can play as 1 state from them. the multiple players per country thing is differnt than both SSS games, and any map game ive seen. 3)its the civil war. weres the SSS games are complete fiction, his is historicaly based. the only thing simaler that i can see is they both use states for contrys. honestly, it looks fun, so why shut it down over something so trivial? Fires, Im just here so I don't get fined (talk) 22:33, February 18, 2015 (UTC)

Time period, as I said, is not enough to make it different. The differences are trivial at best. I am giving him a chance to change it, as apposed to the other 2 examples which where shut down pretty much right away at the owners request. Edge,Back to Back Champ of Shattered StarsHit me up!

Wait, so am I not allowed to have the states, in any way, used as their own countries? Because that makes MORE sense for the Civil War, when states rights were still big and armies were by state, not the whole country. Therefore the SIMILARITIES are trivial at best. There are only 2 nations in this. You are not allowed to split off completely and make a third. This is historically based, not in the future, so it has more of a basis. How else would you do a civil war map game that focuses on the strategy of the war? Vatonica (talk) 02:32, February 19, 2015 (UTC)

Because I am not in the mood to argue this, I will allow it on the grounds that it remains, as you say, 100% historical. Should it turn into an SSS game, it will be shut down. Edge,Back to Back Champ of Shattered StarsHit me up!

What do you mean by "100% historical" and "SSS game"? I need to know so I can run this accordingly.

One more thing, my game doesn't even have every state. It has some territories, and there's no California, Oregon, or Nevada because there was nearly no fighting there. Also there are territories as historically accurate and no Alaska or Hawaii. Vatonica (talk) 13:23, February 19, 2015 (UTC)

If I may give my honest opinion, it's too similar to SSS. But lemme enlighten you:

100 hidtorical means that you do not move from what happened in history. Yes, this means that basically the map game no longer has to be played since there's 0 divergences allowed

SSS game means that it can't be states fighting to become the new US.

Essentially, you can't do this map game without making it too much alike SSS.

I still think that it's not like SSS. The SSS franchise page references nothing about being the states, and it does say right at the beginning that it is "in the future" and that it is "Second Civil War". There has not been a single civil war (1860's civil war, to clarify) map game on this wiki, and I think that should change. Nobody has specifically said what makes it so similar, and until they make a valid argument, I will continue to do the map game. Just an FYI: I don't care who runs this (you could become the head mod, I'd be fine with that), as long as its in this format.Vatonica (talk) 13:55, February 19, 2015 (UTC)

We have said it, but here's it again:

The concept of SSS: US falls apart and the states fight to gain dominance and form the new USA

The concept of Civil War: US sorta falls apart and the states fight to gain dominance and form a new/retain the old USA

Those concepts are so similar, it hurts.

Well if that's what you think, and since the civil war already existed, then why don't you think that SSS plagairised the Civil War? I don't think that them being "sorta" similar requires 100% historic accuracy, but it should be "sorta" accurate. Did SSS have anything to do with Slavery? Did it have a focus on Military Strategy? Was it at all based on history? Does yours have only most states, and some territories? Yours didn't have modern territories, such as Puerto Rico or Guam. And Finally, mine doesn't have foreign countries. So they're different.

The truth is that it will be fun. What's wrong with letting this happen? If you don't want this to happen, then you're against this wiki, as the point of this wiki is Map games and fun and this does both.

Hey, first of all your Civil War game sounds awesome and I can't wait to play, I'm New York.  Second, for the free states I think you should add the territories of the west coast unless there's a reason.  Third, I think it would be cool to add certain regiments and divisions for each state so we can keep track of armies Revolution 9 (talk) 15:54, February 19, 2015 (UTC)

Congrats. The biggest bullshit I have heard today. Seriously. Did you even understand one bit of what I was saying? I don't have real problems with the map game, I just gave my opinion.

100% Historical and SSS Game mean the same thing; No states should be forming their own nations. You can still have the South Win the Civil War if that is the way the game is going to go. But if you allow for, lets say New York, to form it's own nation it gets shut down.

Shattered Stars is an evolving franchise. The second game didn't have forgein nations at all, and included some territories. The third game will be in the 1930s. The point here is that Time period and forgein nations isn't enough to make it a new franchise.

As I already stated, you can run it as long as it doesn't have New York or some other state forming it's own nation without reason. Edge,Back to Back Champ of Shattered StarsHit me up!

As long as every state remains either in the union or in the confederacy yes, it's ok.

Vatonica, the union blockade had been on the CSA since beginning of war and judging by the map colors, I asume the war begins when the game begins.  Revolution 9 (talk) 22:43, March 12, 2015 (UTC)

Each state gets to decide whether or not to secede, with around 90% likelihood of red states secedining, 40% for purple states, and 5% for blue states. Also, each state gets to determine where they send their ships.  Vatonica (talk) 23:40, March 12, 2015 (UTC)

Btw, the entire Kentucky thing i didnt even talk to Edge about puttng on the map. Also, if you help me, i will guarentee you West Virginia and my secion of kentucky after the war, deal? Saturn120 20:37, April 23, 2015 (UTC)

I need you on Althist chat

A civil war has just broken out and several nations are intervening in it. your nation may benefit from taking a stance on it to. http://mapgame.wikia.com/wiki/New_World_(Map_Game)#1018 Oniontree1 (talk) 03:13, August 31, 2015 (UTC)

Could I be a mod in your map game please?

Hands of the Gods mapgameEdit

Thought you were fucking Canadian.

Hej! Thanks for joining my map game, balkans 3000

Retrieved from "https://mapgame.fandom.com/wiki/User_talk:Vatonica?oldid=85574"
Community content is available under CC-BY-SA unless otherwise noted.