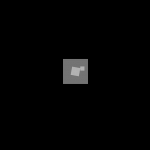 Hi, welcome to Map Game Wiki! Thanks for your edit to the Shattered Stars and Stripes (Map Game) page.

Get on chat. I am on the edge... The EdgeofNight ╚╩o.o╩╝

Self induced Rebelions are note added to the map.

A request from Great BritainEdit

Hey Ydon, I accepted your request for an alliance and would like to state that if you declared war upon Spain you could gain some serious territory, most notably the Balearic islands in the Mediterranean. It would be very beneficial to Naples. Let me know. CaptainCain (talk) 16:49, January 4, 2015 (UTC)

Please use normal text and do not create useless catagories Edge,Champion of Shattered Stars and Stripes Hit me up! 02:46, January 7, 2015 (UTC)

Hello, maybe you would be interested to join Alternate Europe (Map Game)? If you have any questions or suggestions be sure to jump in to my talk page. Good luck! Mr.Darius 10:58, January 17, 2015 (UTC)

Game starts today Edge,Back to Back Champ of Shattered StarsHit me up!

Retrieved from "https://mapgame.fandom.com/wiki/User_talk:Ydon205?oldid=59323"
Community content is available under CC-BY-SA unless otherwise noted.