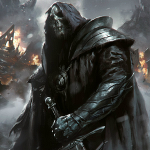 Settler of the New World QuestionsEdit

Hello, thank you for showing interest in my game. Originally I created it because when the user Zsasza and I were talking in chat and we both wanted to play a game where you create roads, streets, buildings, etc, like a map game version of Sim City, but also slowly build up those cities into nations. So that is the basic idea. I'm still trying to iron out the mechanics and rules of the game, that's mainly why it hasn't been edited in a while, and the few posts on there were like test posts.

As for your questions:

Originally I envisioned all the players being English colonies, while the Dutch, French, etc were mod-controlled, however, since you seem to be interested in New France/French Canada I can let you play as a French colony if you want. Keep in mind I already made a few French settlements, which you can choose to play as too, or just make your own colony.

Yeah I understand the French colonies were quite different, which is why I initially didn't want people to play as them, although to be fair they might not end up like the real life French colonies did necessarily. I wasn't going to follow OTL perfectly. For example, maybe in this game more of an emphasis will be placed on creating French settlements and they will end up much more populated. Anyway:

Yes the Bishops' War will definitely occur next turn, since we haven't diverged much from OTL yet. Feel free to pick a side in the conflict. As for the rest of the English Civil War, I'm still playing it by ear but I think it will occur pretty much the same as well.

Also I was reading your most recent turn and I was having trouble pinning down where exactly you want the town of Craigmouth to be. Can you point it out on this map and get back to me? Also if you have any other preferences on how you want the towns expanded let me know. Thanks, Vandenhoek (talk) 16:38, April 14, 2018 (UTC)

Okay sounds good, I'll add that to the newest map.

Do you mean the maps I made for Nauset Bay and for New Britain? They're SVG files, which means you need to download a program that can edit SVGs. I personally use and recommend Inkscape. It can be a bit difficult to get used to and learn (and I'm still figuring out myself). Sorry for the late reply I must have missed your original message somehow. Vandenhoek (talk) 19:58, April 19, 2018 (UTC)

Yes I was thinking the Declaration of Breda would be issued and the return of Charles II would be more or less the same. Of course the Regicides and some other specific traitors won't be left off the hook, just like real life. Vandenhoek (talk) 21:20, April 21, 2018 (UTC)

I think Zsasza meant total number of people in all the Borealian colonies (Unamia, Nauset Bay, New Berkshire, New Haven all combined), in which case that number is plausible. The New England colonies all combined had about 80,000 people in the 1670's. I'll ask later to confirm that's what was intended. Vandenhoek (talk) 18:34, April 23, 2018 (UTC)

Well tell me where you want them, you're supposed to know where they are and tell me not the other way around haha. I mean when I update the map I can put them where ever but if you have any ideas let me know. And what rivers are you referring to? Do you want me to make some new rivers in your area?

Also unrelated but about that treaty I made, if you want to take more land that's fine, I'm not too deadset on taking all of that "partial control area" on that map. Vandenhoek (talk) 18:26, April 26, 2018 (UTC)

No problem. I didn't change the proportions at all, I think we just seem a lot closer since I have been expanding mostly south and you have been expanding all to the north, so we met very quickly. As for the bit below the river I had colored, that's because that was originally colored light red to show claimed/explored/light settled, and when I made the treaty map I simplified it to just one color (making the light red that's on the main map red). Vandenhoek (talk) 23:38, April 26, 2018 (UTC)

I really like your idea for the Grand Duchy in Flaadland, I'm just wondering what you're planning. I'm writing the mod events for next turn right now, and I wanted to know what you think the reaction should be. Vandenhoek (talk) 18:58, May 1, 2018 (UTC)

Would you be interested in joining the map game Natum Republica Romanorum, about the rise of the Roman Republic? It would be fun! Plus, since the 1898 map game is now defunct, it would be a lot faster than making your own. Emperorkangxi (talk) 01:46, June 29, 2018 (UTC)

Retrieved from "https://mapgame.fandom.com/wiki/User_talk:Zamarak500?oldid=85580"
Community content is available under CC-BY-SA unless otherwise noted.