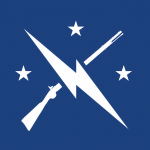 The Republic of the Commonwealth is a federal republic divided into a series of states and territories. States are bound together in a union with each other, with each state holding governmental jurisdiction over a dfined geographic territory within the Republic. Additionally the most populous or geographically vast states are divided further into counties.

Territories include any part of the nation directly administered by the federal government, and usually consist of geographic regions in the process of applying for statehood, or regions newly incorporated into the nation or settled.

I saw your treaty, I will accept but that's if I can keep the relay tower. You can take additional land around it instead if you want, just please let me keep that. Kingconor (talk) 20:12, March 20, 2018 (UTC)

Retrieved from "https://mapgame.fandom.com/wiki/User_talk:Zsasza?oldid=81850"
Community content is available under CC-BY-SA unless otherwise noted.